What Is the Difference Between Cement, Cinder, and Concrete Blocks? 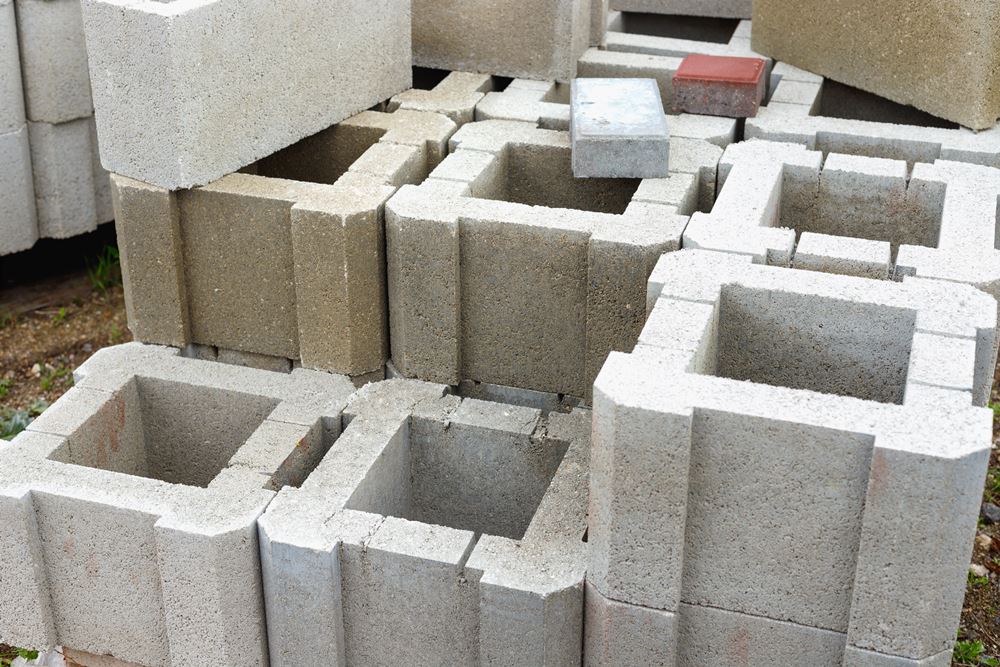 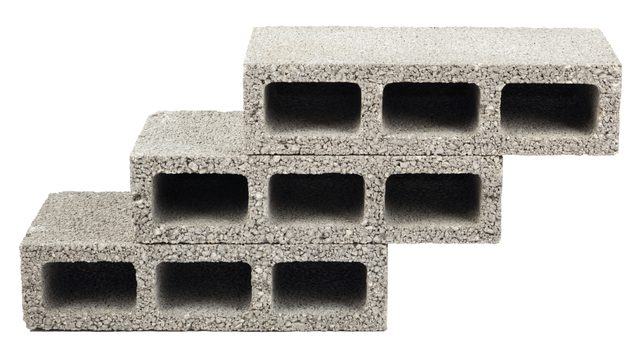 Concrete is an item made from cement and aggregates. The moment the ingredients are mixed together, a chemical reaction happens, and concrete is the end result.

Concrete Blocks
Concrete blocks are constructed from pure concrete. That is, the aggregates that are used are finely crushed stone or sand.

Cinder Blocks
Now, about so-called ‘cinder blocks’ … I say “so-called” because “cinder block” is a somewhat antiquated and the generic term for a type of structural block that can easily be made out of many different things. Back when people burned coal to heat their homes and places like Bethlehem Steel had large coke ovens going 24/7 a great deal of “cinders” were produced– a generic term for the ash that has been left behind when coal or similar fuels are burned. As with wood stove ash today, a typical winter would leave a homeowner with numerous trashcans worth of cinders; and coal-fired power plants and steel mills would create tons of this waste every day.
So it was used to make ‘cinder blocks.’ These were– and in some cases still are– the same shape and size as concrete blocks, but with industrialized waste as the ‘aggregate’ instead of the sand or fine gravel used to make actual concrete.

As I have earlier indicated, the difference between concrete verses cement is that ‘concrete’ is the term for the end product created when filler component is held together with cement. So those big trucks with the constantly turning cylinders are essentially concrete trucks and not actually ‘cement trucks.’ And even though real cinder blocks are in the minority these days, somebody looking at a stack of what could more correctly be called “masonry units” or “breeze blocks” is a lot more likely to call them cinder blocks rather than concrete blocks.Cinder blocks are also created from concrete, but the aggregate includes either coal cinders or ash. Consequently, cinder blocks are much lighter in weight than concrete blocks.
Cinder blocks are hollow rectangle-shaped structures usually made of concrete and coal cinders which find use in construction sites. Concrete blocks often, on the other hand, are flattened constructs made of steel, wood or cement. The significant differences can be illustrated in the form of a table showing the differences between cinder block vs. concrete block.

– Typically made of concrete as well as coal cinders.
– Much lighter as compared with the latter because of the proportion of the aggregate components.
– Not very strong hence often avoided utilized in some places.
– These are more prone to bowing, and buckling and repairs are typically very costly, so it is avoided.
– Have rendered almost outmoded as it has not been actually mass-produced in about 50 years now.
– Do not have a significant amount of tensile strength.

Strength
Concrete and cinder blocks are produced with open cells that can accept metal reinforcing or additional concrete for higher resistance. Concrete blocks are far stronger than cinder blocks. Several building codes explicitly prohibit the use of cinder blocks in building and construction projects.

– Comprise of steel, wood or cement.
– Typically more cumbersome than a cinder block.
– Can stand up to far more as compared to cinder blocks and so in many places use of cinder block is mostly prohibited on purpose.
– Much efficient as compared with the former as it can withstand much pressure.
– Much utilized for its undeniable strengths and advantages over the former.
– Used in simultaneously as a blend with cinder vertically to form a reasonably priced tough structure because of its significant tensile strength.

Weight and strength.
I spoke to several people in the trade about this tricky topic and everyone agreed that true cinder blocks are much lighter in weight than concrete block, and that true concrete is much heavier, more durable and much longer lasting.

Which might make you think that today’s builders would only want concrete block, however, that’s not the situation. If the building codes and formational needs of the job allow it, numerous builders choose ‘cinder block’ because it’s lighter in weight. Real concrete blocks are extremely heavy, and lifting them gets old fast. So believe it or not, modern cinder block– which is made using volcanic pumice if there isn’t a coal plant nearby– can result in reality command a higher price.

If the block is new and heavy, it’s concrete that was created with sand or gravel; not cinders. If it’s older and light, the aggregate is probably ‘cinders’– a waste product from coal burning. If it’s new and light and you’re purchasing it new, the seller ought to be able to tell you precisely what’s in it– volcanic pumice or old-fashioned cinders.